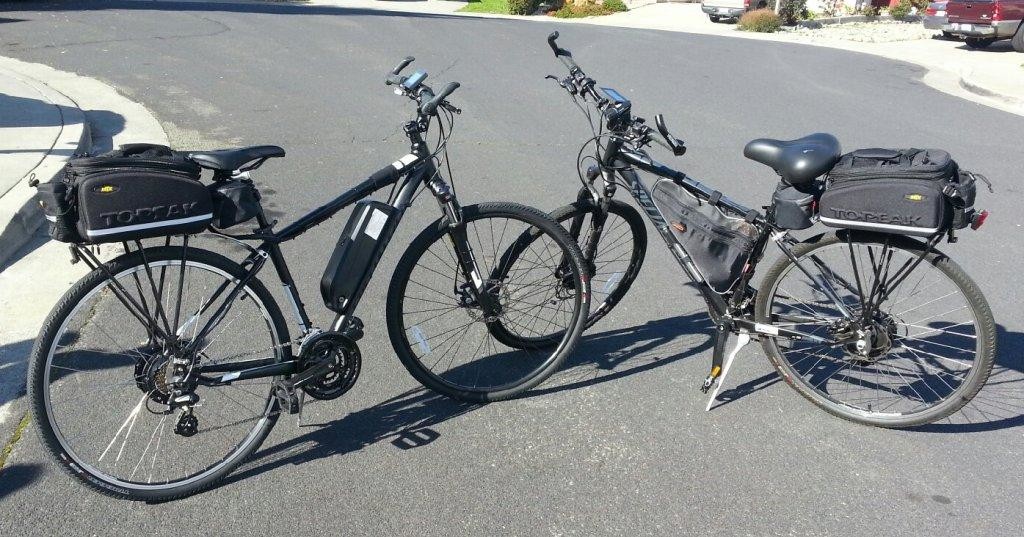 “Doug, after having owned 77 motorcycles and a Dodge Viper, I wasn’t sure if there was any way I could be happy with an electric bicycle. I have to tell you this is one of my favorite toys that I have ever owned! After more than a month of doing research I finally decided to go with you. I could not have made a better decision. You are extremely knowledgeable and actually got my bicycle done faster than you said you would!”

“I would recommend Doug to anybody that’s interested in having more fun then they ever expected while still getting exercise in the process! And since I recommended my own brother buy from Doug I’m having even more fun because we have something in common to do together! Thanks Doug we all appreciate you!”

I received another recent note from Stuart after he and his brother took their new Specialized Electric Bicycles to San Francisco to do some hill conquering.  Here is what he texted me: “Totally awesome ride today in the city Doug; no problems with any hills…just sailed right up them!”

He also has his own business called “Chew The Fat Off, or CTFO.”  I’m currently trying the 26 day challenge.  Read about it at his website: